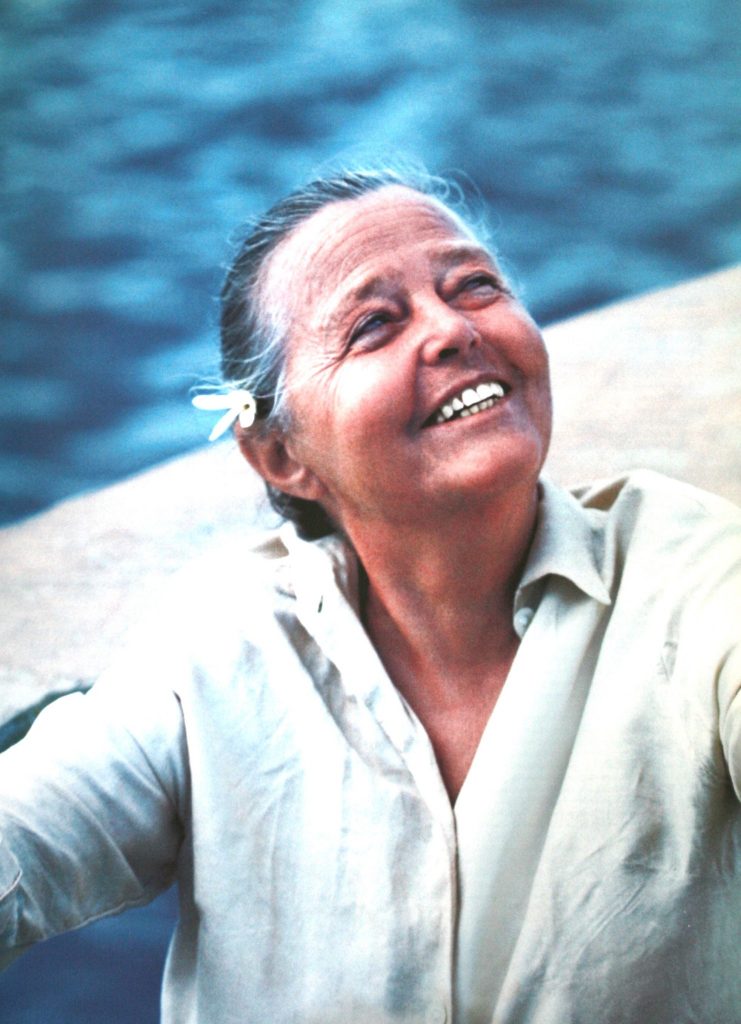 Charlotte Perriand was born in Paris on 24 October 1903. She studied at the Union Centrale des Arts Décoratifs (UCAD) in Paris between 1921 and 1925. At the age of twenty, she decided to become an architect: a profession considered an exclusively male domain at the time. After obtaining a diploma in Interior Design in […] 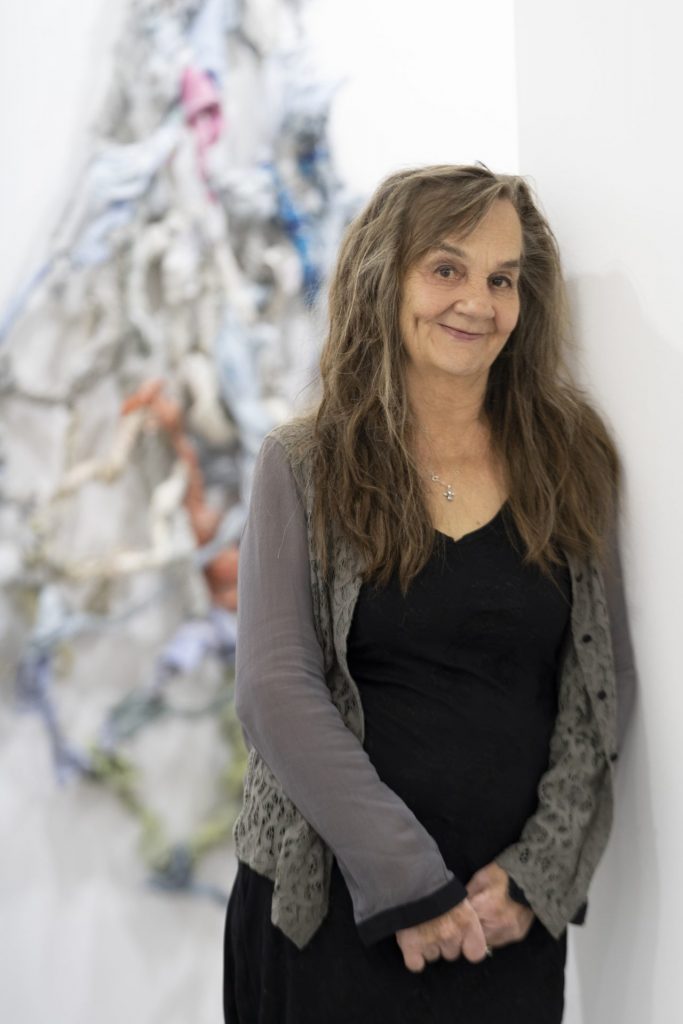 Kaarina Kaikkonen is born in Iisalmi, Finland in 1952. She lives and works in Helsinki. Kaarina Kaikkonen is known for shaping urban landscapes and emphasizing community through her installations. In her works, one can find references to current themes of humanity’s place in their own time, and of basic needs that always exist regardless of […] 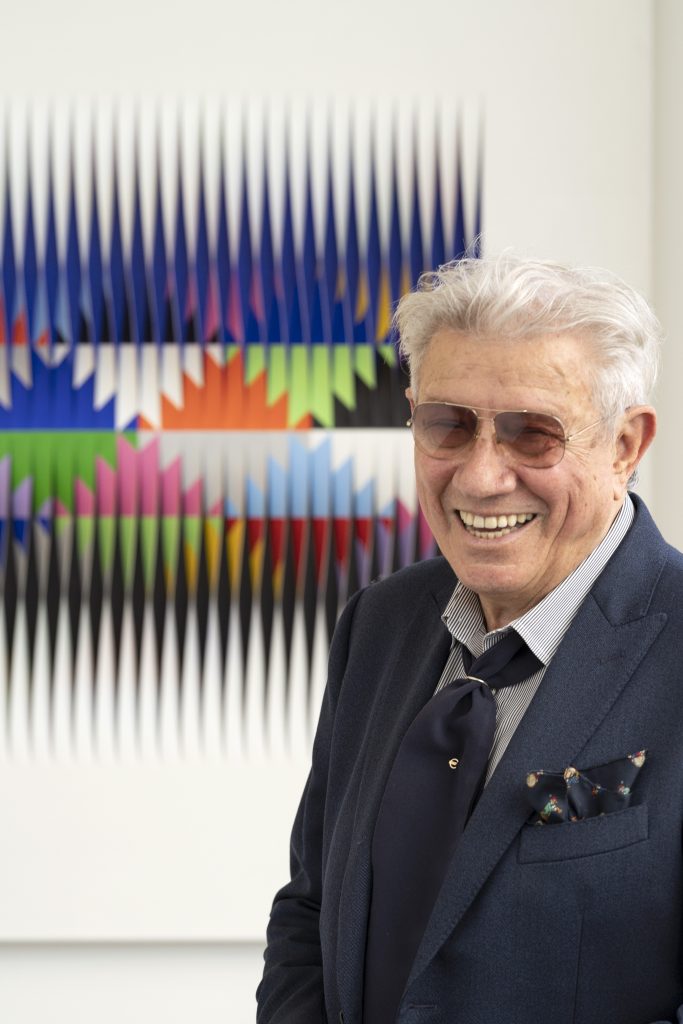 A founding member of the groundbreaking Italian artist collective Gruppo N, Alberto Biasi (Padua, 1937) is a kinetic and Op art pioneer. He creates seemingly vibrating works with illusory tricks and precise geometry. Biasi was greatly inspired by Venezuelan artist Jesús Rafael Soto, whose kinetic sculptures he encountered at the 1958 Venice Biennale. In his own work, the artist explores the possibilities […] 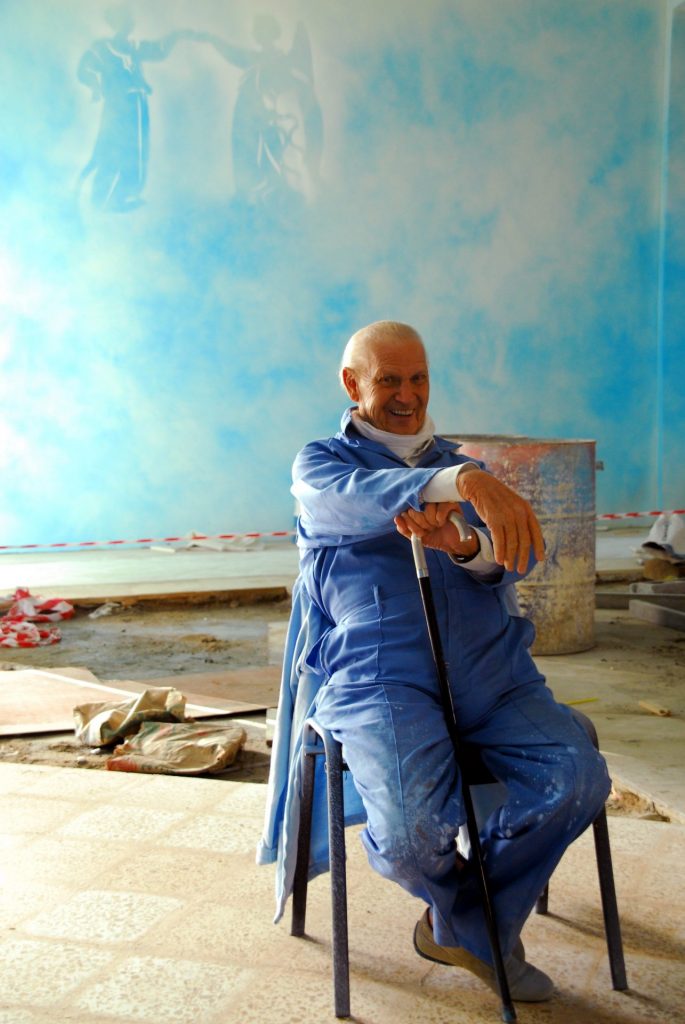 Valentino Vago (1931 – 2018) was among the most original exponents of his generation. The artistic research which he cultivated and enriched over a sixty years career focuses on the nature of light and the impressions it generates on the canvas through the skilful use of color. Vago’s artistic endeavors begun in the Sixties, with […] 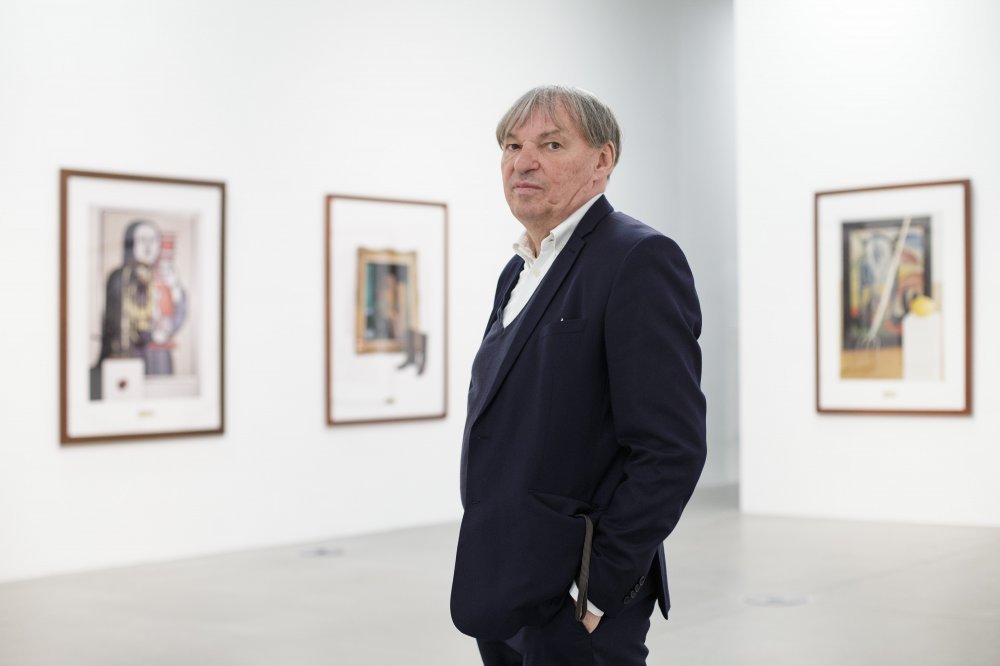 Braco Dimitrijević (Sarajevo, 1948) is a Paris-based Bosnian and Yugoslavian artist, pioneer of conceptual art. In the 1970s, Dimitrijević gained attention when he began his Casual Passer-by series, featuring very big close-up photographic portraits of everyday people that were hung on buildings and billboard in different cities across Europe and America. In the mid-seventies he started […]

Incorporating language, ready-mades, broken glass, film, performance, and other elements, Kendell Geers (Johannesburg, 1968) creates work that disrupts social norms and codes. Employing a wide range of references—from art history to pornography, iconography to kitsch—Geers questions the value of aesthetics and thumbs his nose at the concept of originality. Laden with complex political references to […]

Born on 1937 at Barcellona di Pozzo, Sicily, Emilio Isgrò lives and works in Milan. Conceptual artist and painter-­ but also poet, writer, dramaturge and director-­ Emilio Isgrò is considered one of the most internationally renowned and prestigious names of the Italian art scene of the XX and XXI century, together with Piero Manzoni and […] 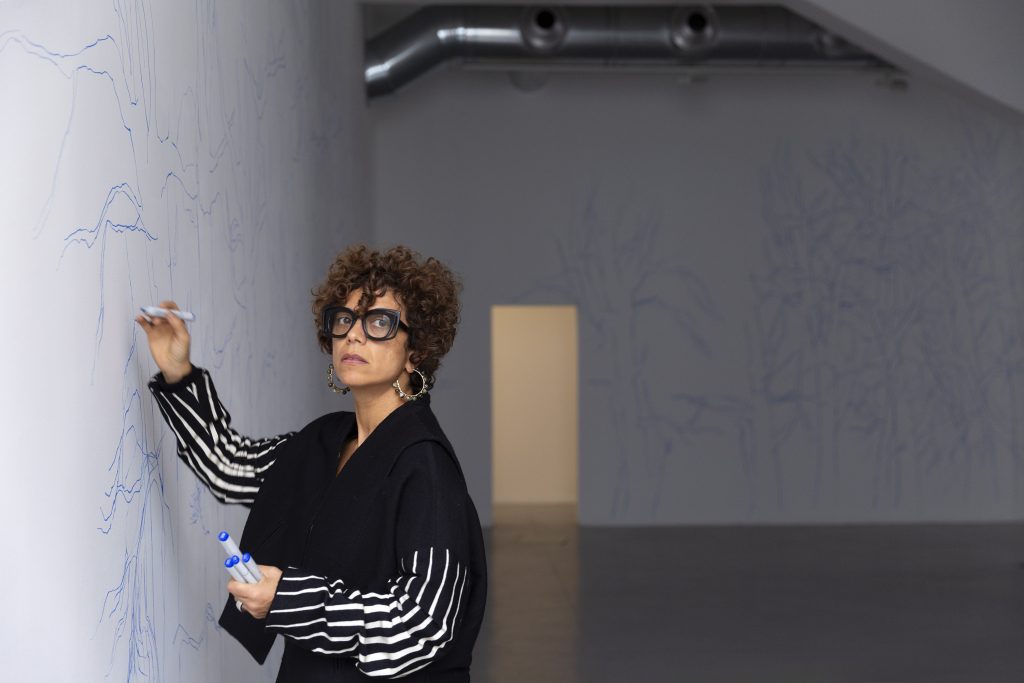 Avish Khebrehzadeh is born in Tehran, Iran, in 1969. She lives and works in Washington D.C., USA She studied painting at the Academy of Fine Arts in Rome and has lived and worked in Tehran and Rome, before moving to Washington DC where she is currently based. Her work explores the power of figures and […] 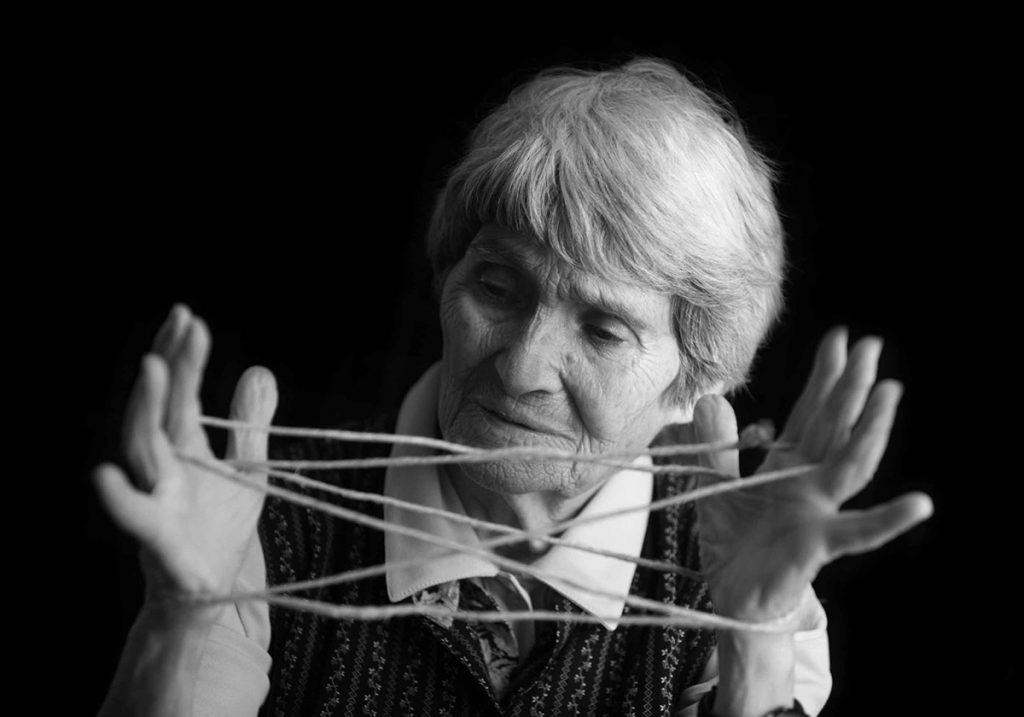 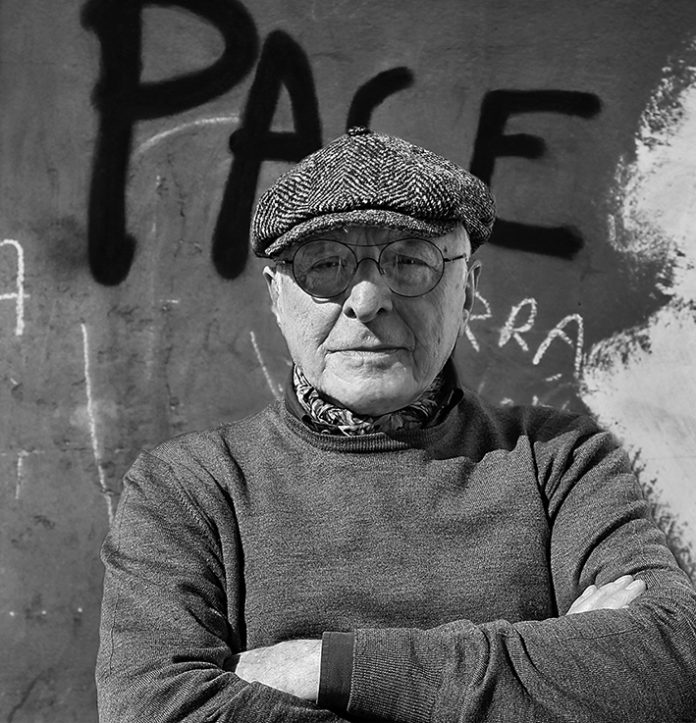 Since 1948 Nino Migliori‘s photography has been one of the most elaborated and interesting paths in European image culture. The beginnings appear divided between neo-realistic photography with a peculiar idea of sequential narrative, and experimentation on materials. On the one hand, almost immedinately a corpus emerged from the dominant style of the time, Neorealism: a […]