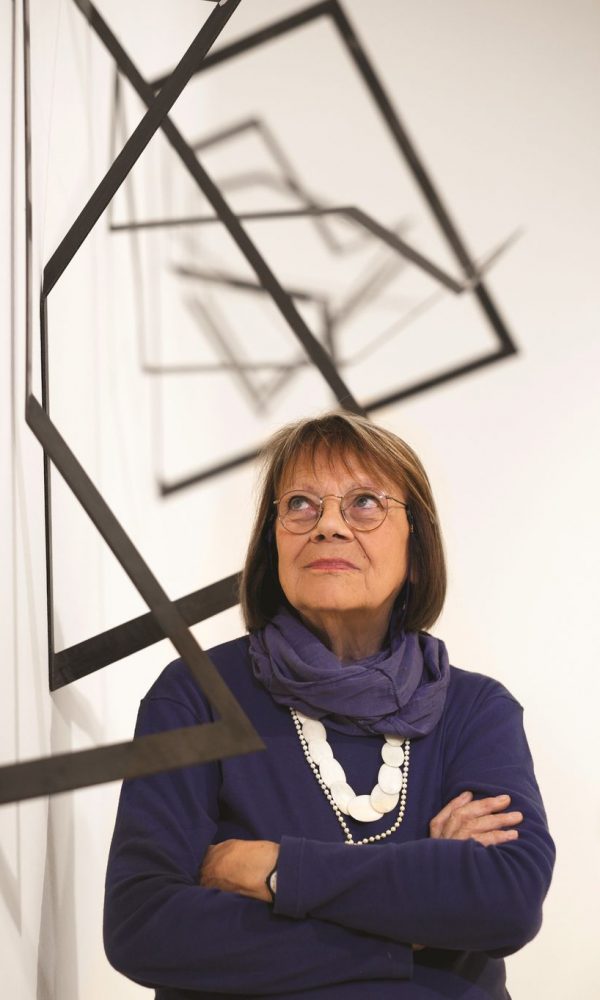 M77 Gallery presents Hosting Space, a solo exhibit by Grazia Varisco (1937), curated by Danilo Eccher. The exhibition will be open to the public from 19th November until 29th February.
The solo exhibit is presented as an aesthetic permeation which seeks to establish a dialogue between the works of art and the architecture and spaces of this gallery on via Mecenate. The result is an intense visual and three-dimensional study of space and its layout, which draws on a selection of sculptures and installations by the Milanese artist. Since Grazia Varisco began her work in the early 1960s, she has been a key figure in Italian kinetic and programmed art. The earliest pieces chosen for this exhibition derive from the 1970s, when the Mi-
lan-born artist experienced her high point in production, but the exhibit also includes recent works, revealing the intensely personal, radical, yet systematic research the artist has conducted on the grammar of space.

“From my experience, ‘chance’ is something that worms its way between probability and doubt, like a disorderly tangle. ‘Chance’ avoids and tries to dodge chaos to set itself up in space and time, ignoring the demand for precision, regularity, orthogonality, order, chronological sequence. My hesitant ‘If…’ nestles into the fold of the page, and this, by ‘chance’, rips up the rulebook that traps everything in normality through the letterpress and bookbinding process”; with these words Varisco interprets and presents the content of her research.

The pieces are thus lexicalised across the two gallery floors. These floors are not presented as worlds that are secluded and distinct from each other, but rather as communicative and permeating. Varisco’s pieces are hosted spaces that at the same time play host themselves. And it is in this way that we are greeted by the spatial magnificence of pieces such as the Oh! (1996) installation (made up of two circular iron components which mark the gallery space, playing on real and illusory three-dimensionality), Extrapagina (“Extra page”) (1983) and the extraordinary, six-metre long Grande Dépliant (“Large Leaflet”) (1983-84).

The exhibition concludes with two pieces: the ambiguous Meridiana (“Sundial”) (1974), which the Gnom-one, two, three sculpture originates from. In this piece, part of a raised perimeter creates a shadow that projects onto the flat surface, contrasting with the shadows drawn by the artist. The other concluding piece takes the form of the four Spazi Potenziali (“Potential Spaces”) (1973-76). Here, two metal frames, taken from the perimeter of the works themselves and hung up on a grille of spikes, create an imbalance and indicate, with extreme concision, a feeling of set-up causality.

The exhibition will be accompanied by a catalogue, containing Danilo Eccher’s conversation with the artist.[:] 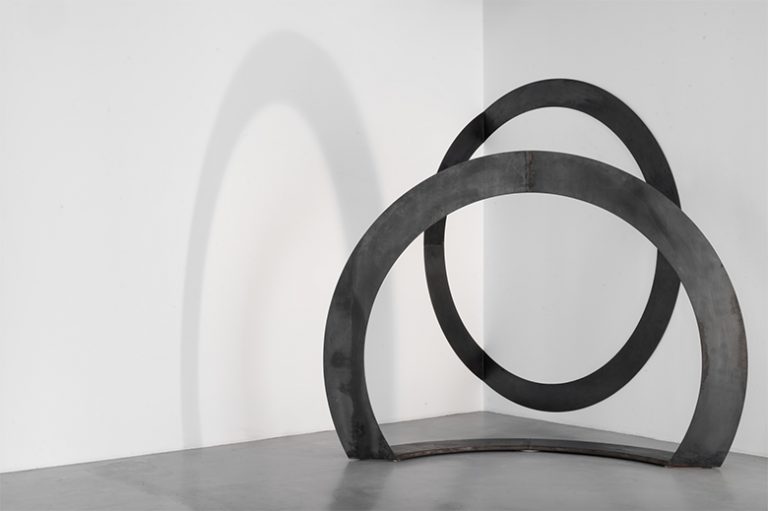